Level 2 of the CSS Grid Layout specification includes a subgrid value for grid-template-columns and grid-template-rows. This guide details what subgrid does, and gives some use cases and design patterns that are solved by the feature.

This feature is shipped in Firefox 71, which is currently the only browser to implement subgrid.

When you add display: grid to a grid container, only the direct children become grid items and can then be placed on the grid that you have created. The children of these items display in normal flow.

You can "nest" grids by making a grid item a grid container. These grids however are independent of the parent grid and of each other, meaning that they do not take their track sizing from the parent grid. This makes it difficult to line nested grid items up with the main grid.

If you set the value subgrid on grid-template-columns, grid-template-rows or both, instead of creating a new track listing the nested grid uses the tracks defined on the parent.

In the example below I have a grid layout with nine 1fr column tracks and four rows that are a minimum of 100px tall.

The rows in this example are not a subgrid and so behave as a nested grid does normally. The grid area on the parent expands to be large enough for this nested grid.

The next example is the same setup, however we are using subgrid as the value of grid-template-rows and defining explicit column tracks. So the column tracks behave as a regular nested grid, but the rows are tied to the two tracks that the child spans.

A subgrid in both dimensions

You can of course define both rows and columns as a subgrid, as in the example below. This means that your subgrid is tied in both dimensions to the number of tracks on the parent.

No implicit grid in a subgridded dimension

If you need to autoplace items, and do not know how many items you will have, take care when creating a subgrid, as it will prevent additional rows being created to hold those items.

Take a look at the next example — it uses the same parent and child grid as in the example above, however inside the subgrid I have twelve items trying to autoplace into ten grid cells. As the subgrid is on both dimensions there is nowhere for the extra two items to go and so they go into the last track of the grid, as defined in the specification.

If we remove the grid-template-rows value we enable regular creation of implicit tracks and, although these won't line up with the tracks of the parent, as many as are required will be created.

The gap properties and subgrid

If you have a gap, column-gap, or row-gap specified on the parent, this will be passed into the subgrid, so it will have the same spacing between tracks as the parent. In some situations however you may wish the subgrid tracks to have a different gap or no gap. This can be achieved by using the gap-* properties on the grid container of the subgrid.

You can see this in the example below. The parent grid has a gap of 20px for rows and columns. The subgrid has row-gap set to 0.

If you inspect this in the Firefox Grid Inspector you can see how the line of the grid is in the correct place down the center of the gap, so when we set the gap to 0, it acts in a similar way to applying a negative margin to an element, giving the space from the gap back to the item. 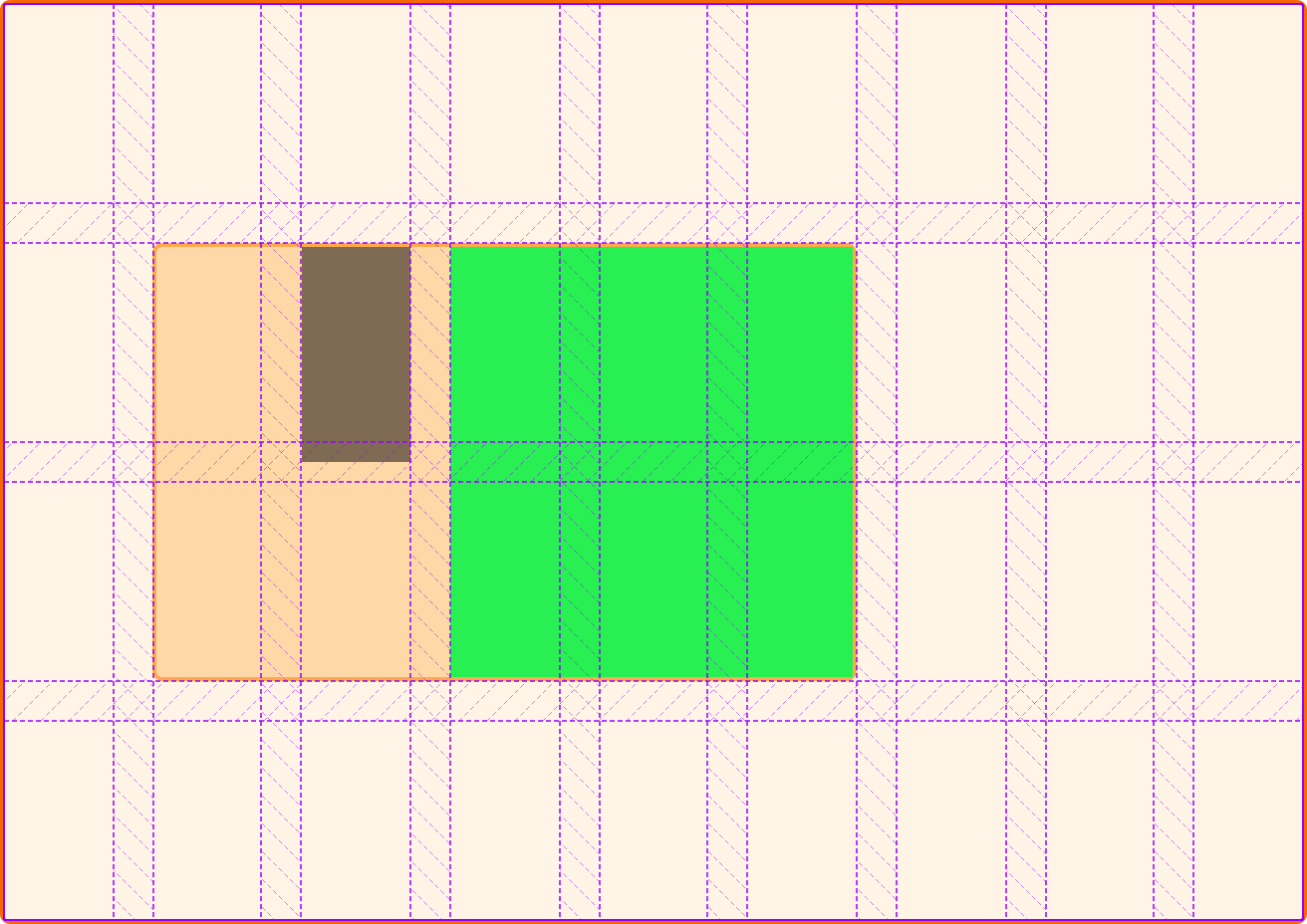 When using CSS Grid you can name lines on your grid and then position items based on those names rather than the line number. The line names on the parent grid are passed into the subgrid, and you can place items using them. In the below example I have named lines on the parent col-start and col-end and then used those to place the subitem.

You can also specify line names on the subgrid. This is achieved by adding a list of line names enclosed in square brackets after the subgrid keyword. If you have four lines in your subgrid, to name them all you could use the syntax grid-template-columns: subgrid [line1] [line2] [line3] [line4]

As the subgrid value acts in much the same way as a regular nested grid, it is easy to switch between the two. For example, if you realize that you need an implicit grid for rows, all you would need to do is remove the subgrid value of grid-template-rows and perhaps give a value for grid-auto-rows to control the implicit track sizing.