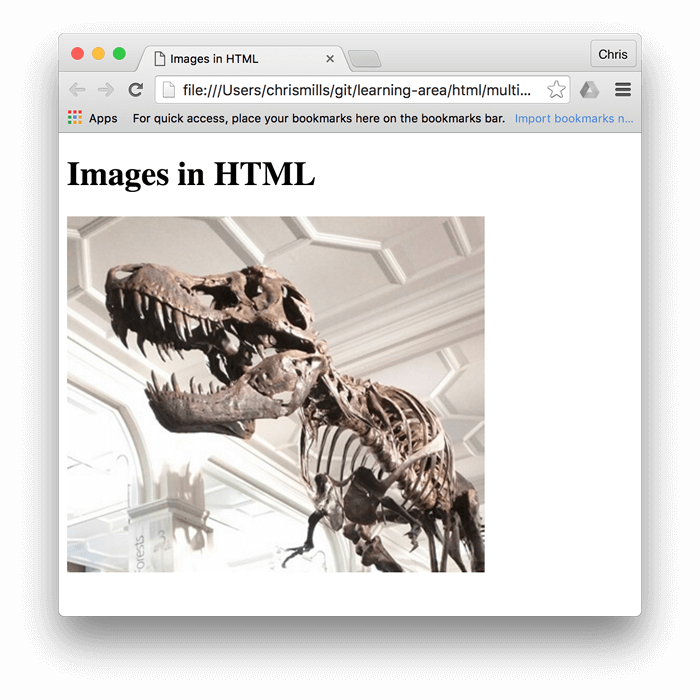 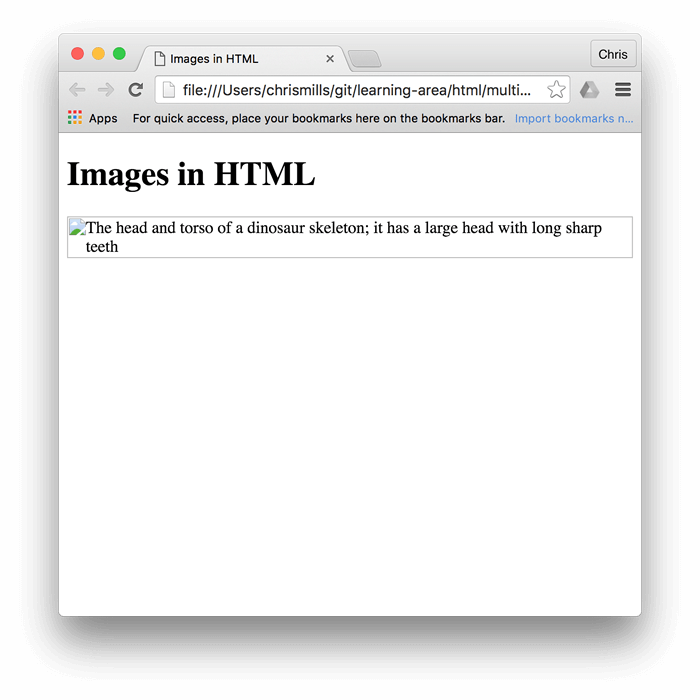 This gives us a tooltip, just like link titles: 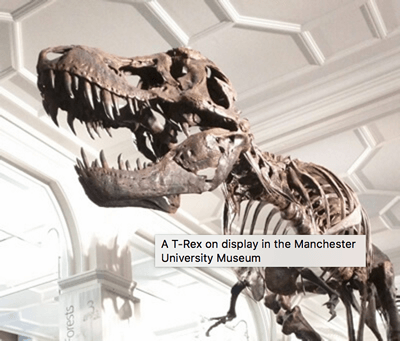 Image titles aren't essential to include. It is often better to include such supporting information in the main article text, rather than attached to the image. However, they are useful in some circumstances; for example, in an image gallery when you have no space for captions.

It is now your turn to play! This active learning section will have you up and running with a simple embedding exercise. You are provided with a basic <img> tag; we'd like you to embed the image located at the following URL:

Speaking of captions, there are a number of ways that you could add a caption to go with your image. For example, there would be nothing to stop you doing this:

This is ok. It contains the content you need, and is nicely stylable using CSS. But there is a problem here: there is nothing that semantically links the image to its caption, which can cause problems for screen readers. For example, when you have 50 images and captions, which caption goes with which image?

A better solution, is to use the HTML5 <figure> and <figcaption> elements. These are created for exactly this purpose: to provide a semantic container for figures, and clearly link the figure to the caption. Our above example could be rewritten like this:

The <figcaption> element tells browsers, and assistive technology that the caption describes the other content of the <figure> element.

참고: From an accessibility viewpoint, captions and alt text have distinct roles. Captions benefit even people who can see the image, whereas alt text provides the same functionality as an absent image. Therefore, captions and alt text shouldn't just say the same thing, because they both appear when the image is gone. Try turning images off in your browser and see how it looks.

You can also use CSS to embed images into webpages (and JavaScript, but that's another story entirely). The CSS background-image property, and the other background-* properties, are used to control background image placement. For example, to place a background image on every paragraph on a page, you could do this:

The resulting embedded image, is arguably easier to position and control than HTML images. So why bother with HTML images? As hinted to above, CSS background images are for decoration only. If you just want to add something pretty to your page to enhance the visuals, this is fine. Though, such images have no semantic meaning at all. They can't have any text equivalents, are invisible to screen readers, etc. This is HTML images time to shine!

That's all for now. We have covered images and captions in detail. In the next article we'll move it up a gear, looking at how to use HTML to embed video and audio in web pages.