Deprecated: This feature is no longer recommended. Though some browsers might still support it, it may have already been removed from the relevant web standards, may be in the process of being dropped, or may only be kept for compatibility purposes. Avoid using it, and update existing code if possible; see the compatibility table at the bottom of this page to guide your decision. Be aware that this feature may cease to work at any time.

Note: WebVR API is replaced by WebXR API. WebVR was never ratified as a standard, was implemented and enabled by default in very few browsers and supported a small number of devices.

WebVR provides support for exposing virtual reality devices — for example, head-mounted displays like the Oculus Rift or HTC Vive — to web apps, enabling developers to translate position and movement information from the display into movement around a 3D scene. This has numerous, interesting applications, from virtual product tours and interactive training apps to immersive first-person games.

Any VR devices attached to your computer will be returned by the Navigator.getVRDisplays() method; each one will be represented by a VRDisplay object. 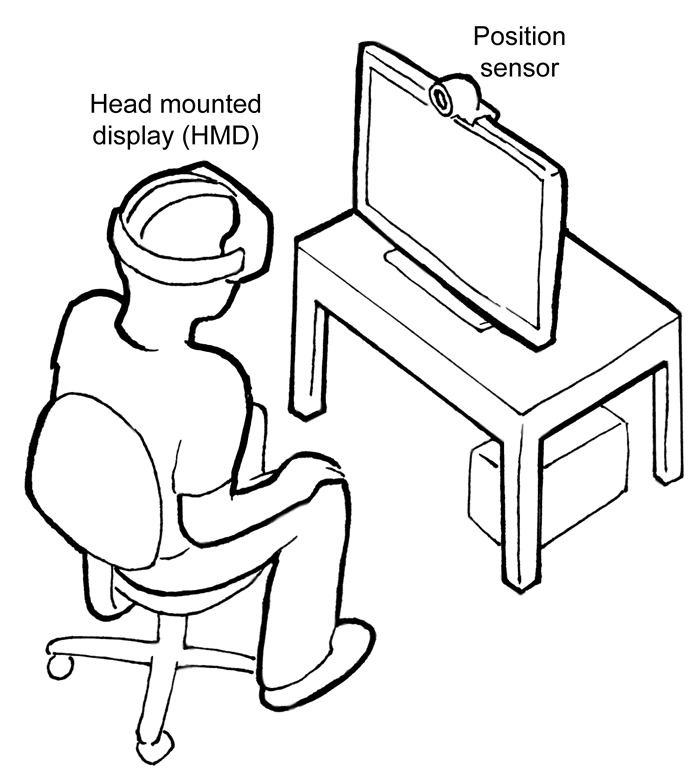 VRDisplay is the central interface in the WebVR API — via its properties and methods you can access functionality to:

A typical (simple) WebVR app would work like so:

In addition, WebVR 1.1 adds a number of events on the Window object to allow JavaScript to respond to changes to the status of the display.

Note: You can find a lot more out about how the API works in our Using the WebVR API and WebVR Concepts articles.

The WebVR API, which was never ratified as a web standard, has been deprecated in favor of the WebXR API, which is well on track toward finishing the standardization process. As such, you should try to update existing code to use the newer API instead. Generally the transition should be fairly painless.

Additionally, on some devices and/or browsers, WebVR requires that the page be loaded using a secure context, over an HTTPS connection. If the page is not fully secure, the WebVR methods and functions will not be available. You can easily test for this by checking to see if the Navigator method getVRDisplays() is NULL:

Many WebVR hardware setups feature controllers that go along with the headset. These can be used in WebVR apps via the Gamepad API, and specifically the Gamepad Extensions API that adds API features for accessing controller pose, haptic actuators, and more.

Represents any VR device supported by this API. It includes generic information such as device IDs and descriptions, as well as methods for starting to present a VR scene, retrieving eye parameters and display capabilities, and other important functionality.

Describes the capabilities of a VRDisplay — it's features can be used to perform VR device capability tests, for example can it return position information.

Represents all the information needed to render a single frame of a VR scene; constructed by VRDisplay.getFrameData().

Represents the position state at a given timestamp (which includes orientation, position, velocity, and acceleration.)

Provides access to all the information required to correctly render a scene for each given eye, including field of view information.

Represents a field of view defined by 4 different degree values describing the view from a center point.

Represents a layer to be presented in a VRDisplay.

Represents the values describing the stage area for devices that support room-scale experiences.

Extensions to other interfaces

Returns an array containing every VRDisplay object that is currently presenting (VRDisplay.ispresenting is true).

Returns a promise that resolves to an array of VRDisplay objects representing any available VR displays connected to the computer.

Represents an event handler that will run when the presenting state of a VR display changes — i.e. goes from presenting to not presenting or vice versa (when the vrdisplaypresentchange event fires).

Represents an event handler that will run when a compatible VR display has been connected to the computer (when the vrdisplayconnect event fires).

Represents an event handler that will run when a compatible VR display has been disconnected from the computer (when the vrdisplaydisconnect event fires).

Represents an event handler that will run when a display is able to be presented to (when the vrdisplayactivate event fires), for example if an HMD has been moved to bring it out of standby, or woken up by being put on.

Represents an event handler that will run when a display can no longer be presented to (when the vrdisplaydeactivate event fires), for example if an HMD has gone into standby or sleep mode due to a period of inactivity.

Represents an event handler that will run when presentation to a display has been paused for some reason by the browser, OS, or VR hardware (when the vrdisplayblur event fires) — for example, while the user is interacting with a system menu or browser, to prevent tracking or loss of experience.

Represents an event handler that will run when presentation to a display has resumed after being blurred (when the vrdisplayfocus event fires).

You can find a number of examples at these locations:

This API was specified in the old WebVR API that has been superseded by the WebXR Device API. It is no longer on track to becoming a standard.

Until all browsers have implemented the new WebXR APIs, it is recommended to rely on frameworks, like A-Frame, Babylon.js, or Three.js, or a polyfill, to develop WebXR applications that will work across all browsers [1].