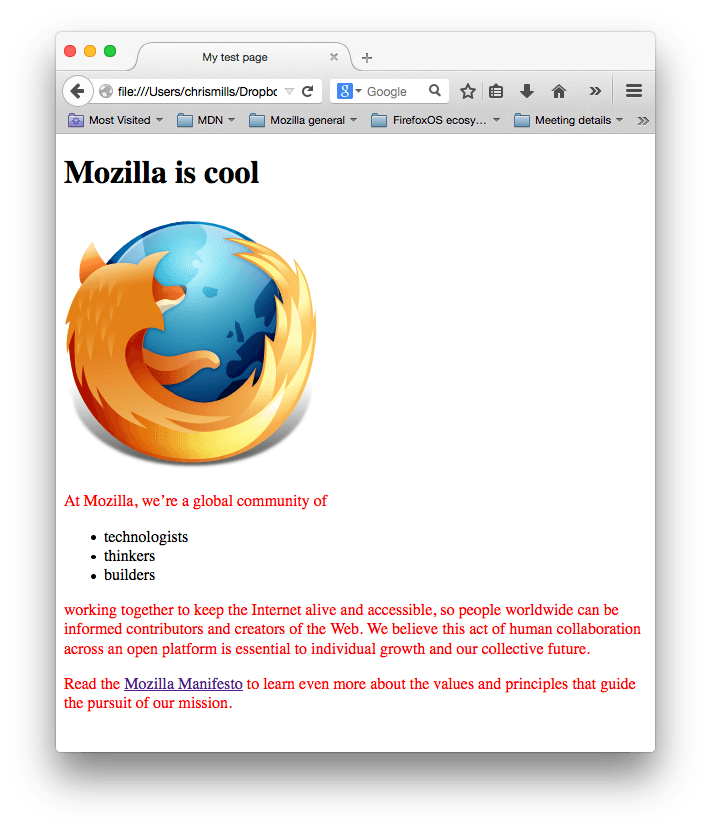 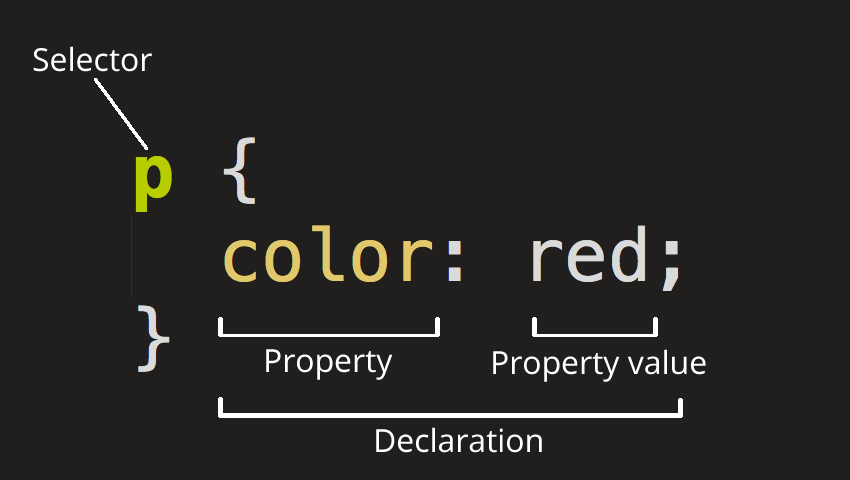 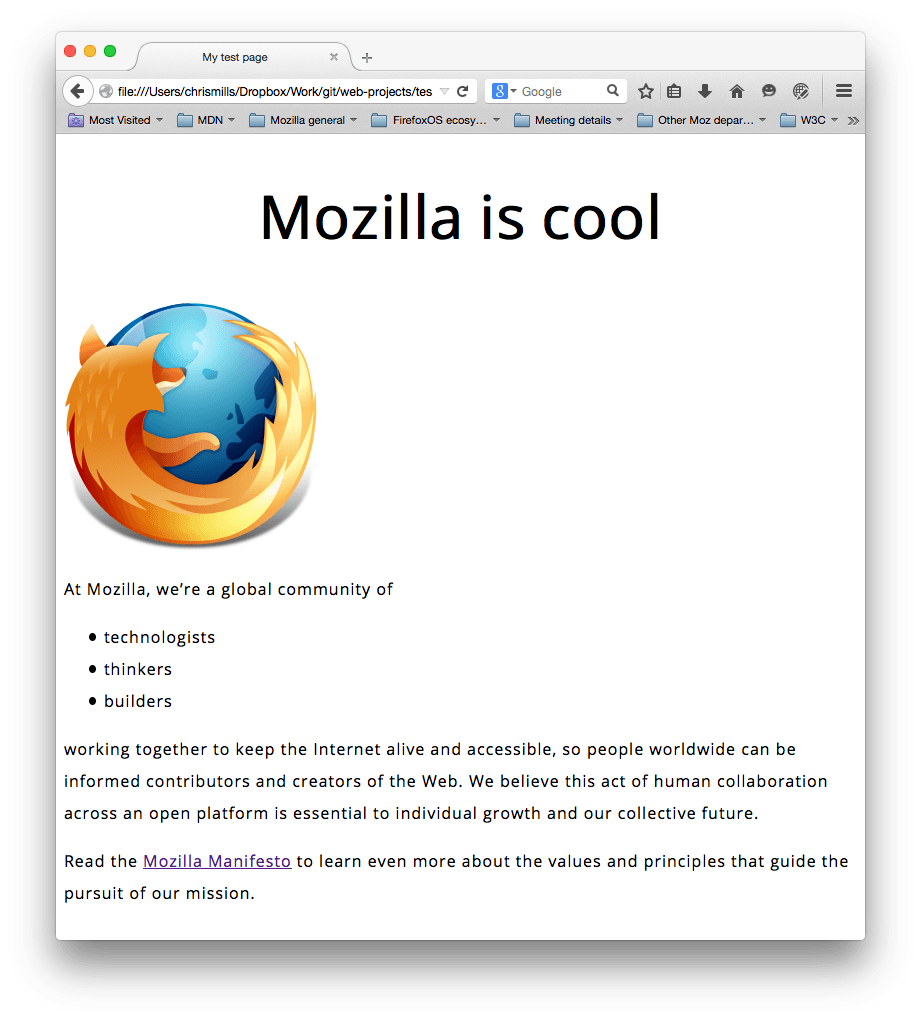 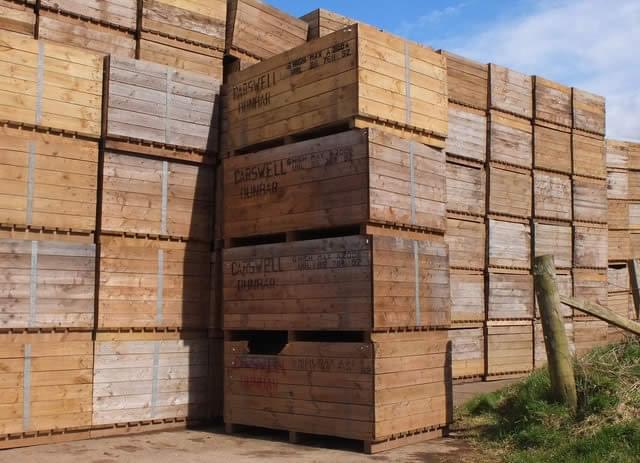 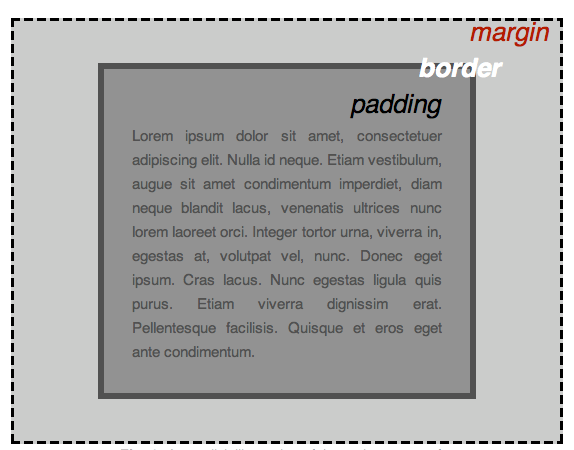 You may have noticed there's a horrible gap at the top of the body. That happens because browsers apply some default styling to the <h1> (en-US) element (among others), even when you haven't applied any CSS at all! That might sound like a bad idea, but we want even an unstyled webpage to have basic readability. To get rid of the gap we overrode the default styling by setting margin: 0;.

Next up, we've set the heading's top and bottom padding to 20 pixels, and made the heading text the same color as the html background color.

One rather interesting property we've used here is text-shadow, which applies a text shadow to the text content of the element. Its four values are as follows:

Again, try experimenting with different values to see what you can come up with.

Finally, we'll center the image to make it look better. We could use the margin: 0 auto trick again as we did earlier for the body, but we also need to do something else. The body element is block level, meaning it takes up space on the page and can have margin and other spacing values applied to it. Images, on the other hand, are inline elements, meaning they can't. So to apply margins to the image, we have to give the image block-level behavior using display: block;.

Note: Don't worry if you don't yet understand display: block; and the block-level/inline distinction. You will as you study CSS in more depth. You can find out more about the different available display values at our display reference page. 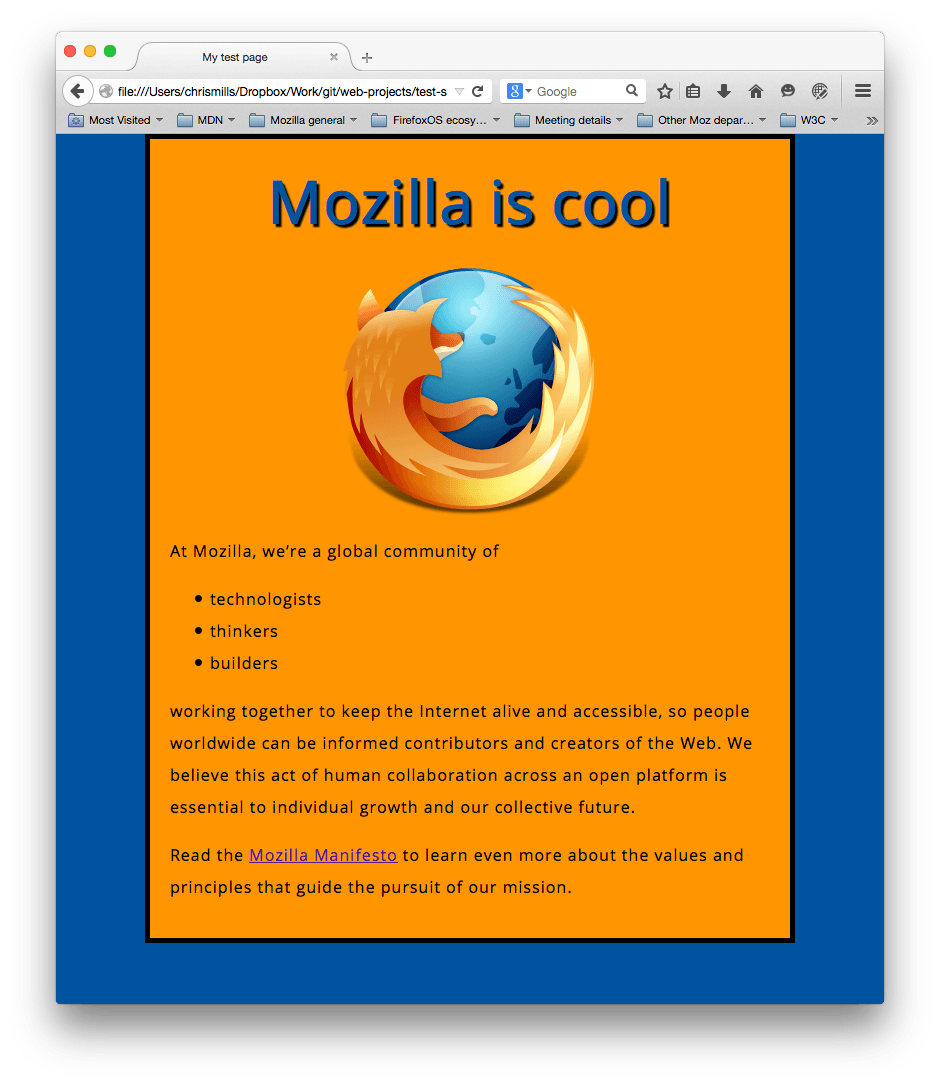