Take the MDN Survey and help us understand what browser vendors can do to make your life better: https://qsurvey.mozilla.com/s3/MDN-browser-compat-survey

A-Frame is built on top of WebGL, and provides pre built components to use in applications — models, video players, skyboxes, geometries, controls, animations, cursors, etc. It is based on the entity component system, which is known in the game development world, but it targets web developers with a familiar markup structure, manipulable with JavaScript. The end result is 3D web experiences, which are VR-enabled by default.

A scene is the place where everything happens. When creating new objects in the demo, we will be adding them all to the scene to make them visible on the screen. In A-Frame, the scene is reperesented by a Scene entity.

Adding the cube to the scene is done by adding a simple <a-cube> element inside the <a-scene> element. Add it now:

Note: The distance values (e.g. for the cube y position) are unitless, and can basically be anything you deem suitable for your scene — milimeters, meters, feet, or miles — it's up to you. 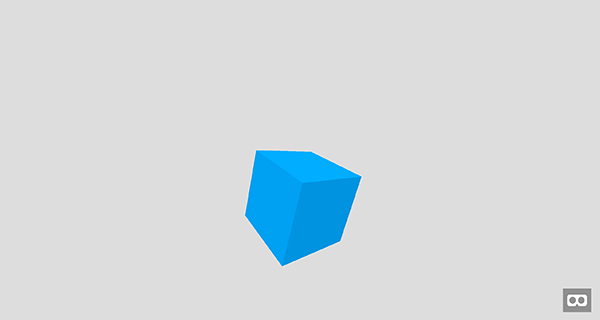 We've also defined a cursor for the given camera, using the cursor-* attributes (by default it is invisible.) — we've set its scale so it will more easily visible, its color, and some opacity so it won't completely covering the objects behind it. 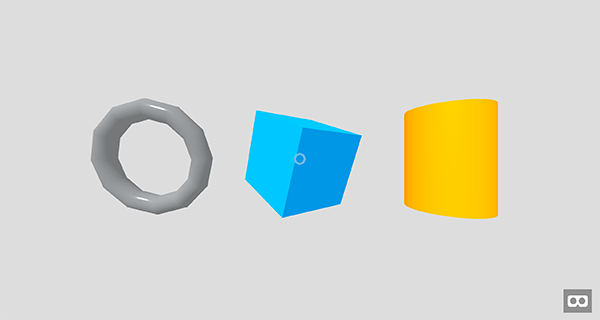