Experimental: This is an experimental technology
Check the Browser compatibility table carefully before using this in production.

The below graphic shows a summary of the available service worker events:

Promises are a great mechanism for running async operations, with success dependant on one another. This is central to the way service workers work.

Promises can do a great many things, but for now, all you need to know is that if something returns a promise, you can attach .then() to the end and include callbacks inside it for success, failure, etc., or you can insert .catch() on the end if you want to include a failure callback.

In the first example, we have to wait for myFunction() to run and return value before any more of the code can execute. In the second example, myFunction() returns a promise for value, then the rest of the code can carry on running. When the promise resolves, the code inside then will be run, asynchronously.

Now for a real example — what if we wanted to load images dynamically, but we wanted to make sure the images were loaded before we tried to display them? This is a standard thing to want to do, but it can be a bit of a pain. We can use .onload to only display the image after it’s loaded, but what about events that start happening before we start listening to them? We could try to work around this using .complete, but it’s still not foolproof, and what about multiple images? And, ummm, it’s still synchronous, so blocks the main thread.

Instead, we could build our own promise to handle this kind of case. (See our Promises test example for the source code, or look at it running live.)

Note: A real service worker implementation would use caching and onfetch rather than the deprecated XMLHttpRequest API. Those features are not used here so that you can focus on understanding Promises.

We return a new promise using the Promise() constructor, which takes as an argument a callback function with resolve and reject parameters. Somewhere in the function, we need to define what happens for the promise to resolve successfully or be rejected — in this case return a 200 OK status or not — and then call resolve on success, or reject on failure. The rest of the contents of this function is fairly standard XHR stuff, so we won’t worry about that for now.

When we come to call the imgLoad() function, we call it with the url to the image we want to load, as we might expect, but the rest of the code is a little different:

On to the end of the function call, we chain the promise then() method, which contains two functions — the first one is executed when the promise successfully resolves, and the second is called when the promise is rejected. In the resolved case, we display the image inside myImage and append it to the body (it’s argument is the request.response contained inside the promise’s resolve method); in the rejected case we return an error to the console.

This all happens asynchronously.

참고: You can also chain promise calls together, for example: myPromise().then(success, failure).then(success).catch(failure);

참고: You can find a lot more out about promises by reading Jake Archibald’s excellent JavaScript Promises: there and back again.

To demonstrate just the very basics of registering and installing a service worker, we have created a simple demo called sw-test, which is a simple Star wars Lego image gallery. It uses a promise-powered function to read image data from a JSON object and load the images using Ajax, before displaying the images in a line down the page. We’ve kept things static and simple for now. It also registers, installs, and activates a service worker, and when more of the spec is supported by browsers it will cache all the files required so it will work offline! 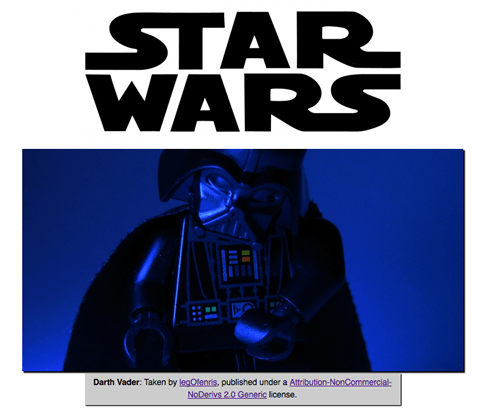 You can see the source code on GitHub, and view the example live. The one bit we’ll call out here is the promise (see app.js lines 22-47), which is a modified version of what you read about above, in the Promises test demo. It is different in the following ways:

Now let’s get on to service workers!

The first block of code in our app’s JavaScript file — app.js — is as follows. This is our entry point into using service workers.

This registers a service worker, which runs in a worker context, and therefore has no DOM access. You then run code in the service worker outside of your normal pages to control their loading.

A single service worker can control many pages. Each time a page within your scope is loaded, the service worker is installed against that page and operates on it. Bear in mind therefore that you need to be careful with global variables in the service worker script: each page doesn’t get its own unique worker.

참고: Your service worker functions like a proxy server, allowing you to modify requests and responses, replace them with items from its own cache, and more.

Why is my service worker failing to register?

This could be for the following reasons:

Install and activate: populating your cache

The install event is fired when an install is successfully completed. The install event is generally used to populate your browser’s offline caching capabilities with the assets you need to run your app offline. To do this, we use Service Worker’s brand new storage API — cache — a global on the service worker that allows us to store assets delivered by responses, and keyed by their requests. This API works in a similar way to the browser’s standard cache, but it is specific to your domain. It persists until you tell it not to — again, you have full control.

참고: The Cache API is not supported in every browser. (See the Browser support section for more information.) If you want to use this now, you could consider using a polyfill like the one available in Google's Topeka demo, or perhaps store your assets in IndexedDB.

Let’s start this section by looking at a code sample — this is the first block you’ll find in our service worker:

참고: localStorage (en-US) works in a similar way to service worker cache, but it is synchronous, so not allowed in service workers.

참고: IndexedDB can be used inside a service worker for data storage if you require it.

Now you’ve got your site assets cached, you need to tell service workers to do something with the cached content. This is easily done with the fetch event.

A fetch event fires every time any resource controlled by a service worker is fetched, which includes the documents inside the specified scope, and any resources referenced in those documents (for example if index.html makes a cross origin request to embed an image, that still goes through its service worker.)

You can attach a fetch event listener to the service worker, then call the respondWith() method on the event to hijack our HTTP responses and update them with your own magic.

We could start by simply responding with the resource whose url matches that of the network request, in each case:

caches.match(event.request) allows us to match each resource requested from the network with the equivalent resource available in the cache, if there is a matching one available. The matching is done via url and vary headers, just like with normal HTTP requests.

Let’s look at a few other options we have when defining our magic (see our Fetch API documentation for more information about Request and Response (en-US) objects.)

So caches.match(event.request) is great when there is a match in the service worker cache, but what about cases when there isn’t a match? If we didn’t provide any kind of failure handling, our promise would resolve with undefined and we wouldn't get anything returned.

Fortunately service workers’ promise-based structure makes it trivial to provide further options towards success. We could do this:

If the resources isn't in the cache, it is requested from the network.

If we were being really clever, we would not only request the resource from the network; we would also save it into the cache so that later requests for that resource could be retrieved offline too! This would mean that if extra images were added to the Star Wars gallery, our app could automatically grab them and cache them. The following would do the trick:

Here we return the default network request with return fetch(event.request), which returns a promise. When this promise is resolved, we respond by running a function that grabs our cache using caches.open('v1'); this also returns a promise. When that promise resolves, cache.put() is used to add the resource to the cache. The resource is grabbed from event.request, and the response is then cloned with response.clone() and added to the cache. The clone is put in the cache, and the original response is returned to the browser to be given to the page that called it.

The only trouble we have now is that if the request doesn’t match anything in the cache, and the network is not available, our request will still fail. Let’s provide a default fallback so that whatever happens, the user will at least get something:

We have opted for this fallback image because the only updates that are likely to fail are new images, as everything else is depended on for installation in the install event listener we saw earlier.

You’ll want to update your install event listener in the new service worker to something like this (notice the new version number):

While this happens, the previous version is still responsible for fetches. The new version is installing in the background. We are calling the new cache v2, so the previous v1 cache isn't disturbed.

When no pages are using the current version, the new worker activates and becomes responsible for fetches.

You also get an activate event. This is a generally used to do stuff that would have broken the previous version while it was still running, for example getting rid of old caches. This is also useful for removing data that is no longer needed to avoid filling up too much disk space — each browser has a hard limit on the amount of cache storage that a given service worker can use. The browser does its best to manage disk space, but it may delete the Cache storage for an origin. The browser will generally delete all of the data for an origin or none of the data for an origin.

Promises passed into waitUntil() will block other events until completion, so you can rest assured that your clean-up operation will have completed by the time you get your first fetch event on the new cache.

Chrome has chrome://inspect/#service-workers, which shows current service worker activity and storage on a device, and chrome://serviceworker-internals, which shows more detail and allows you to start/stop/debug the worker process. In the future they will have throttling/offline modes to simulate bad or non-existent connections, which will be a really good thing.

Firefox has also started to implement some useful tools related to service workers: