In this assessment you'll be tasked with taking some of the knowledge you've picked up in this module's articles and applying it to creating a fun app that generates random silly stories. Have fun!

To get this assessment started, you should:

Alternatively, you could use a site like JSBin or Glitch to do your assessment. You could paste the HTML, CSS and JavaScript into one of these online editors. If the online editor you are using doesn't have a separate JavaScript panel, feel free to put it inline in a <script> element inside the HTML page.

Note: If you get stuck, then ask us for help — see the Assessment or further help section at the bottom of this page.

You have been provided with some raw HTML/CSS and a few text strings and JavaScript functions; you need to write the necessary JavaScript to turn this into a working program, which does the following:

The following screenshot shows an example of what the finished program should output: 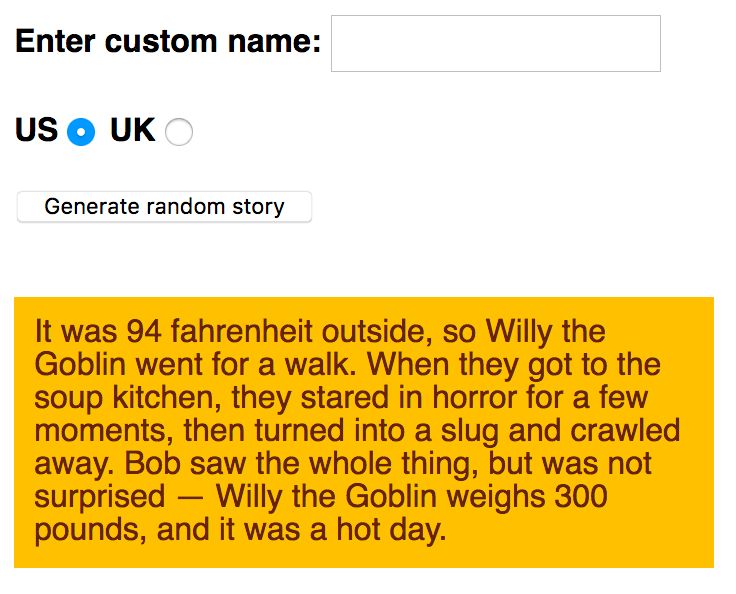 To give you more of an idea, have a look at the finished example (no peeking at the source code!)

The following sections describe what you need to do.

If you would like your work assessed, or are stuck and want to ask for help: