Attributes that set a value always have:

Note: Simple attribute values that don't contain ASCII whitespace (or any of the characters " ' ` = < >) can remain unquoted, but it is recommended that you quote all attribute values, as it makes the code more consistent and understandable.

Some elements have no content and are called void elements. Take the <img> element that we already have in our HTML page:

We have also included an alt (alternative) attribute. In the alt attribute, you specify descriptive text for users who cannot see the image, possibly because of the following reasons:

This section will cover some essential HTML elements you'll use for marking up the text. 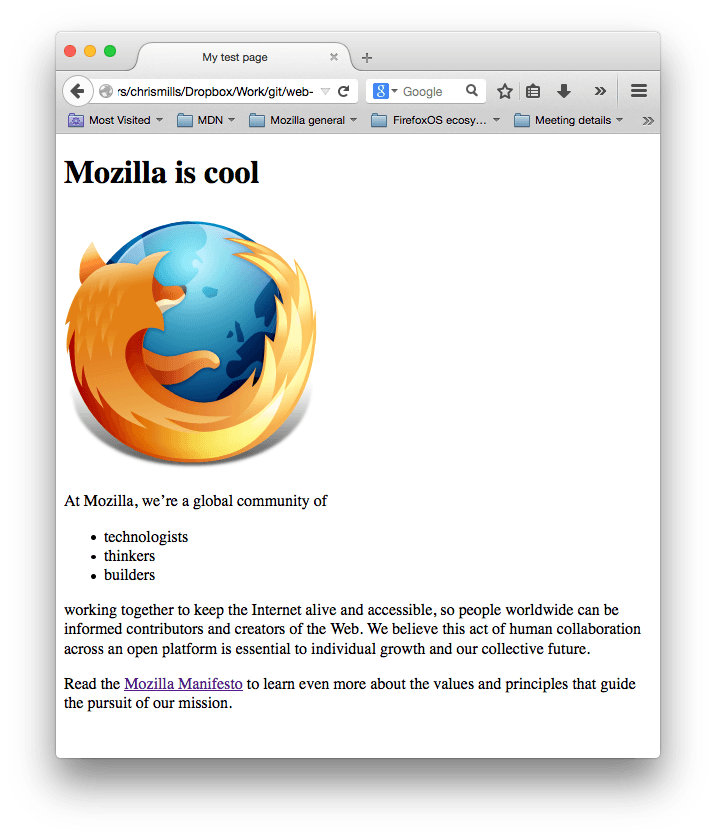 This page was last modified on Nov 8, 2022 by MDN contributors.